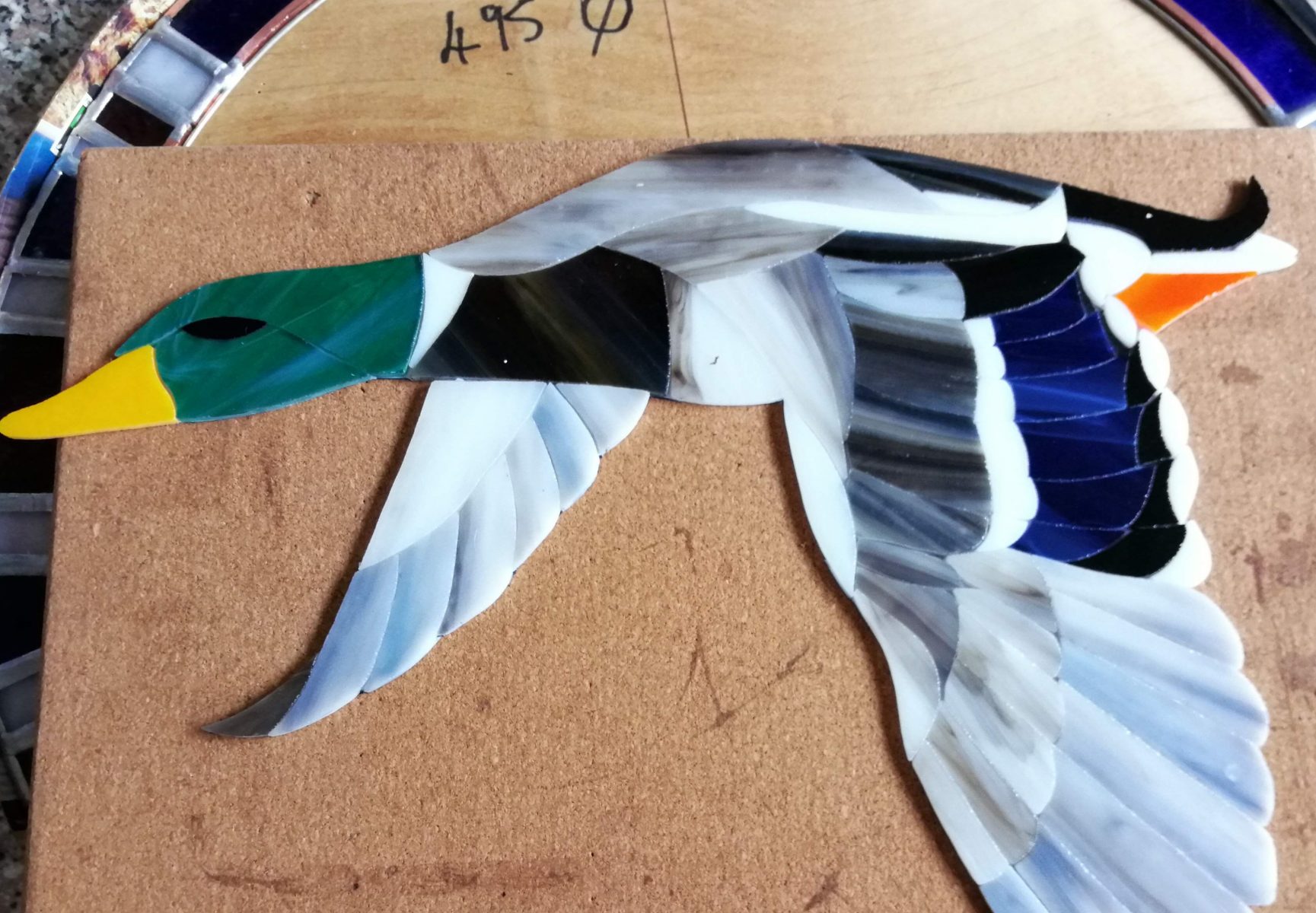 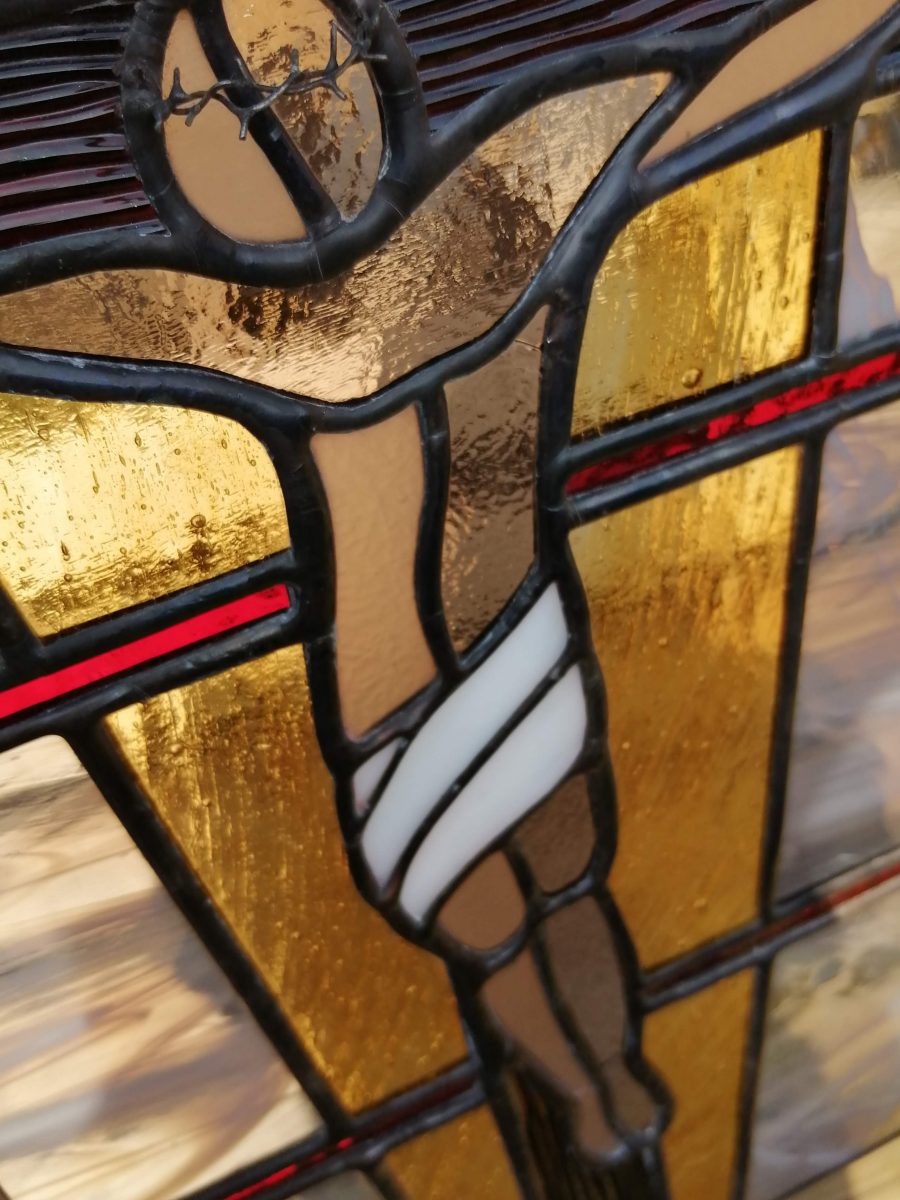 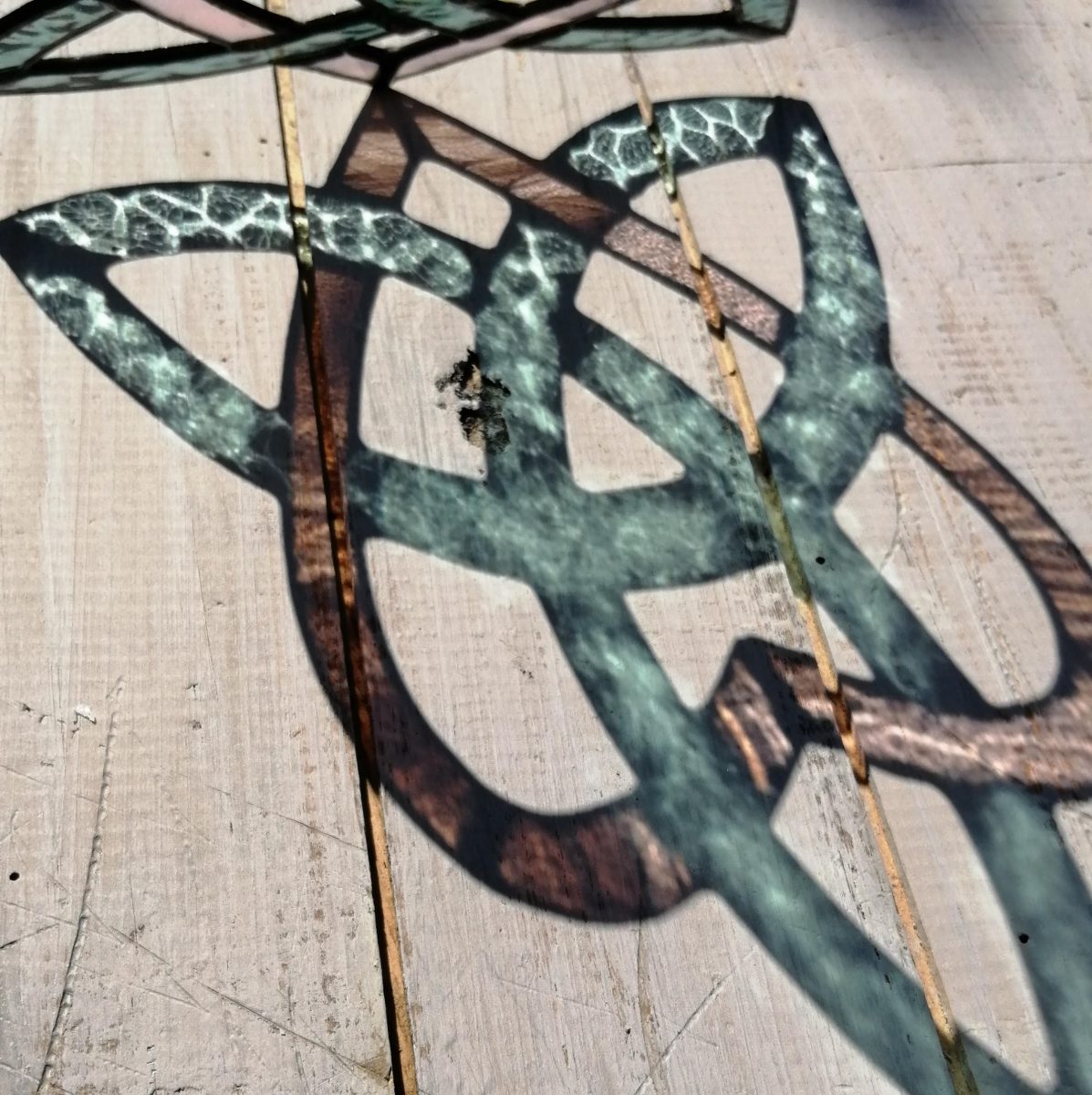 Jackie Birchall’s adventure began back in 1995 when she attended evening classes to learn the centuries-old technique of stained glass. She learnt both leadwork and copper foil (Tiffany) methods and after a couple of years of tuition she decided to specialise in copper foil. She started experimenting and designing to developed a style of her own and in 2015 started taking part in the annual Oxfordshire Artweeks. 2016 saw her become professional, and in September 2017 she moved into her own studio space in the back garden of her home in Thame. From there she is able to take part in Bucks Artweeks. Her recycled pieces have featured in ‘Reloved’ magazine and she was also selected to show her work on local television during last year’s Oxfordshire Artweeks.

Copper foil allows a greater freedom to design and create smaller more intricate pieces, traditional leadwork is better used on larger pieces. After designing and making a pattern Jackie hand cuts each piece of glass which is then surrounded in copper foil and soldered together. She uses coloured sheet, recycled, and sea glass, marbles, light bulbs and mirrors – in fact if it’s made of glass, she’ll try using it. She sometimes also engraves, tumbles and paints the glass to alter the surface appearance; finer detailing and dimension is added using different gauges of wire and glass beading.

Jackie gets immense pleasure from lifting a new piece to the light for the first time, and an ever changing light means you have an ever changing work of art. The natural world that surrounds her is a great source of inspiration, she is always coming back from a walk with pockets full of “stuff”. Another source of inspiration is her Faith, and she has begun to create pieces with a strong but simple message.